Diversiformes and its many components

In the 1980s, I studied visual and graphic arts at the Université du Québec (UQO). During that period, painting became an inescapable activity. Subsequently, the years working in graphic arts coincided with an intense period spent exploring colour.

Diversiformes* bridges the various aspects of my experience in graphic design, drawing, painting and horticulture. My painting is expressed in a semi-figurative style, giving way to blots, rough sketches as well as structured forms. This approach to creativity is my personal way to integrate and reconcile drawing and painting.

Painting, the means by which the artist becomes the medium of his or her time, still fascinates me as much as always. As such, from my point of view, drawing tools, paint and canvas remain creative elements with inexhaustible potential.

Great masters and inspiration • One of my sources of inspiration remains the blotting technique passed on by Leonardo de Vinci (1452-1519) Alexander Cozens (1717-1786) and a number of artists close to the surrealist period such as Alfred Pellan (1906-1988) as well as the psychoanalyst Alice Miller (1923-2011).

It is my home as well as my workplace where I produce and have a permanent exhibition of my works.

At times, it also becomes a display area for my paintings and creations during summertime Open-house Weekends.

ONE CONCEPT, MANY APPLICATIONS

The graphic art component is directly linked to my professional experience as a graphic designer.

This potential adds a touch of creativity to my promotional material and to this Website. 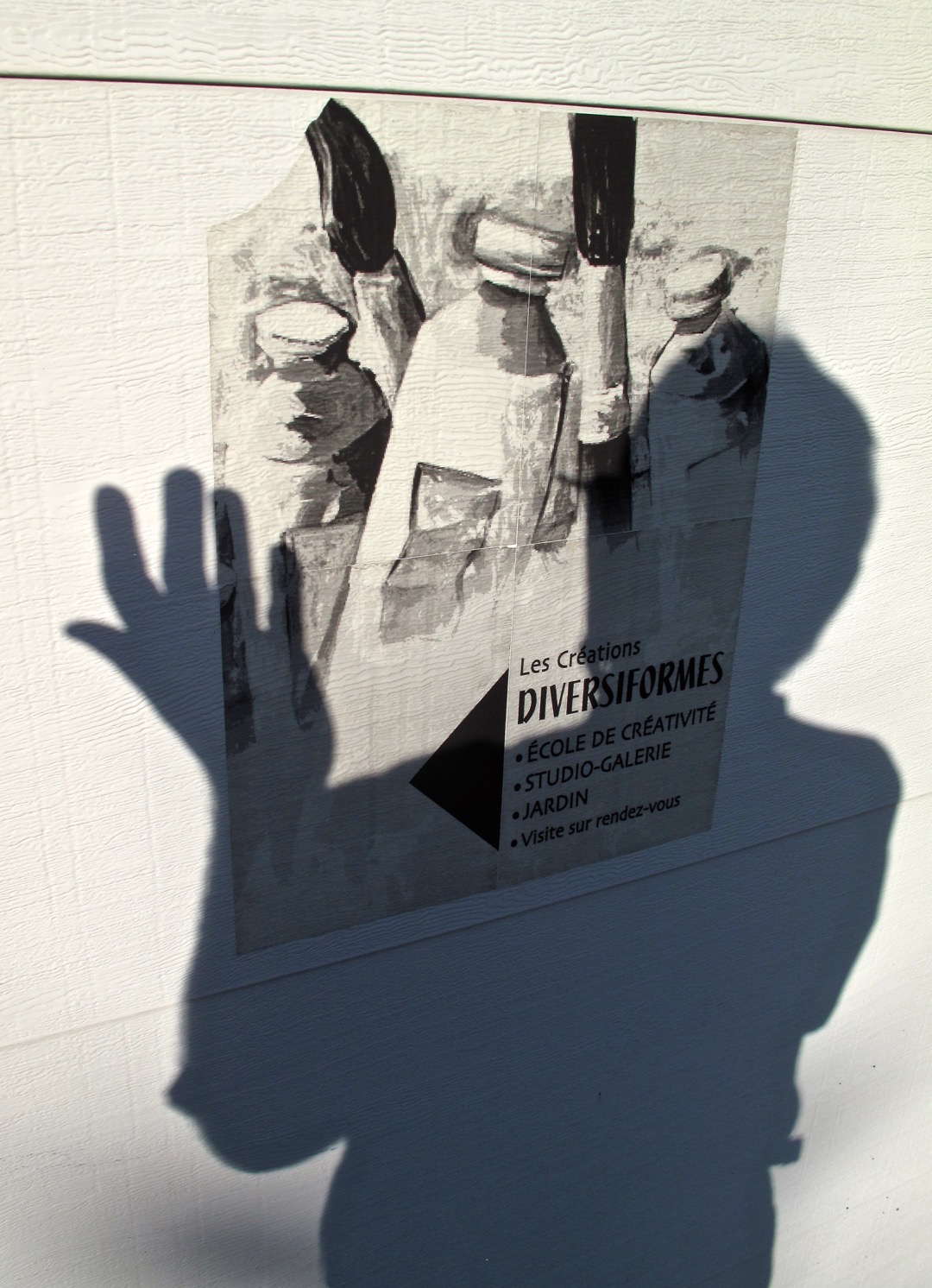 DIVERSIFORMES IS ALSO A BLOG

Published in french, our articles keep us in contact, all year around, with people who follow our activities, as well as a larger audience.

Our tuesday Newsletter will inform you as soon as a new article is published. To add your name, just click INFOLETTRE

ONE SEASON AT A TIME • Every year, for a few summertime weekends, your hosts Lejardinier and Louis Couture, invite you to experience the remarkable transformation the gardens exhibit from one visit to the other.

A visit to discover a diversified approach
Plants adapted to the Outaouais climate.

Presentation of recent creations and paintings inspired by the garden.

Inspired by Land Art, environmental installations are adding a touch of originality to the gardens.

At a time when our relationship with nature is ever so present in our lives, the gardens are more and more a significant component of the Diversiformes project, especially since the elements present in the environment become creative materials.

Thus, stones, flagstones, pebbles, branches, leaves, miscanthus bamboo and galvanized screen are used to create ins-tallations half-way between the ephemeral and durable that bring structure and a touch of uniqueness to the gardens.